Ron is a hero available to all players that reach stage 1500 in Almost a Hero. Here’s a closer look at his design process!

The key idea for Ron was ‘a shapeshifter so bad, they got stuck part way, and are trying to fix it’. That gave us room to play with a plant or animal-based hero, which led to some wildly varying concepts: 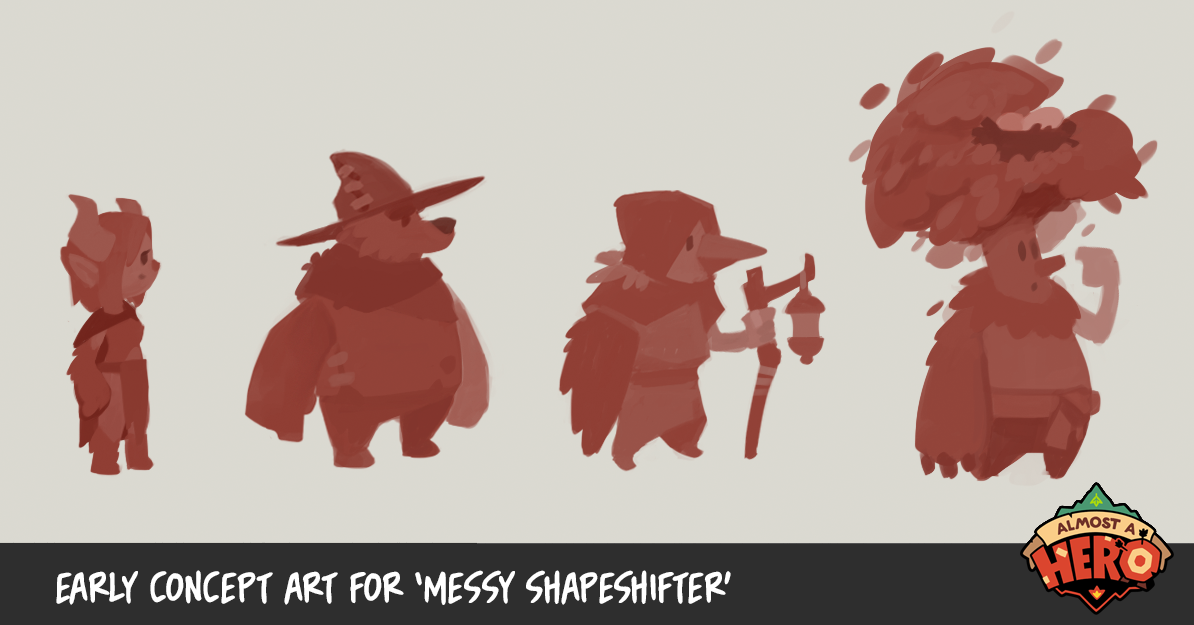 After some testing, we decided that it was best if the character had a human face. Gameplay-wise it made sense to add different animal parts at the same time: we settled for bear+crocodile, two animals that looked different enough. 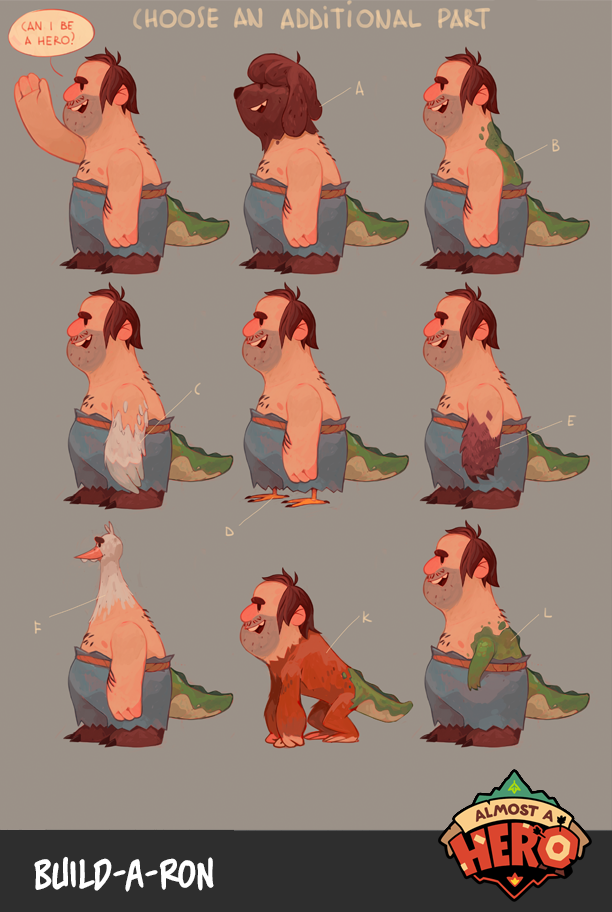 This helped shape his personality: maybe he didn’t want to get back to fully human, after all. He became this very chill person, with a huge power that has gone very wrong (and that he has already accepted he can’t control).

Once the ‘basic’ form of Ron was done, a whole new design chapter began: it was time to create his Beast Mode form. We wanted to make it hugely threatening to contrast with his kind nature. 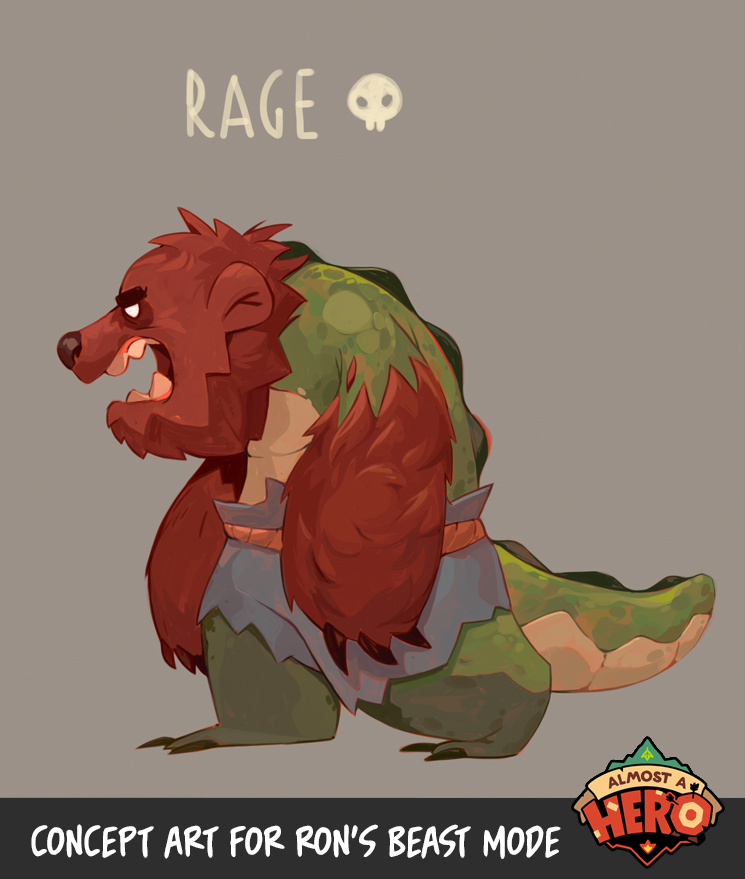 We even prepared two sets of voicelines for him: at first we only had human-sounding ones, but they didn’t sit well with the savage-looking Beast Mode Ron, so we asked the voice actor to record a bunch of animal noises and made sure only human Ron uses human words.

Hope you liked our small insight into the main design challenges for Almost a hero’s clumsy shapeshifter!