Arbara is a hero available to all players that reach stage 1050 in Almost a Hero. Here’s a closer look at her design process!

The bare bones idea for Arbara was ‘a girl that has suffered an attack from the Gog city armies and thus has a thirst for revenge’. She is partly wooden, so we started then designing human-tree hybrids. 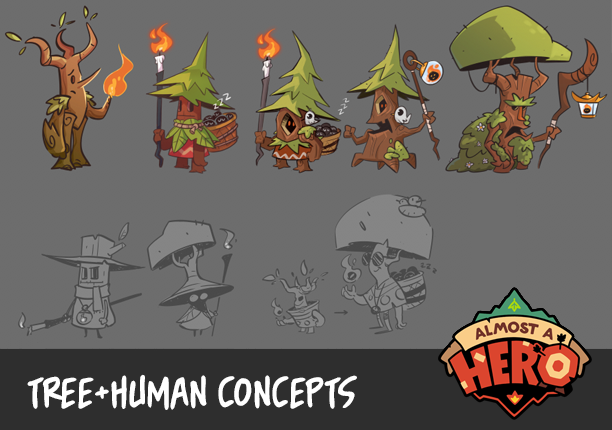 With the hybrid designs it was clearer that the character wielding a fire ball was made of wood, but they still didn’t click when we tried to work on movement and evolutions. However, the more tree-shaped ones worked better, so we decided to go all in and create a living tree.

We adapted her backstory to make her a tree that has learnt fire alchemy and wants to use it to avenge her forest. 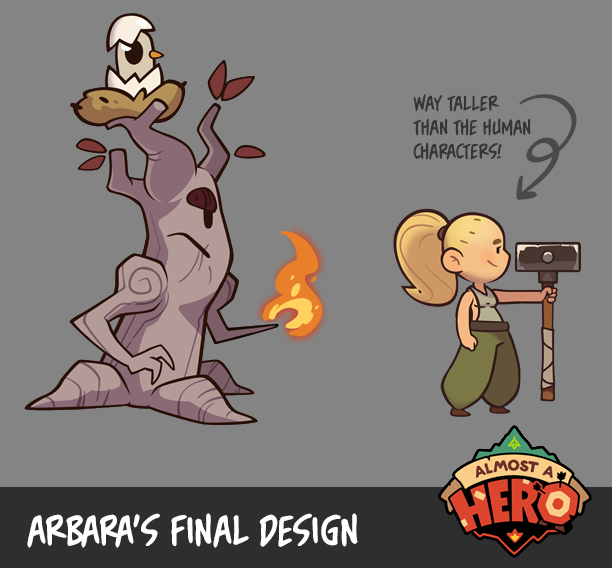 Once we hit a design that worked for animation and that complemented her role in the game, we started working on other key elements of the (almost) hero: evolutions and outfits. 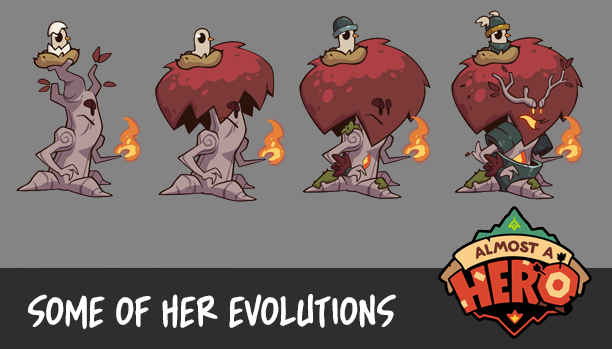 One last fun fact: Arbara is our tallest hero so far, and the bird makes her taller. We had to make all sorts of changes here and there to prevent her breaking out of the UI.

When animating characters, most heroes move a bit forward or backwards when casting abilities or attacks, but due to Arbara’s roots she mostly stays in the same place. Animating outside of human shape and movement was a challenge, but to make her as dynamic as other characters her upper torso moves a lot: she stands tall or compacts herself, and her bird helps a lot to convey movement. We also introduced special things that only a tree could do, like blooming mid-skill.

We added Inrezairo’s voicelines to give Arbara the angry gravitas she needed and sent her away to save the world. With fire! 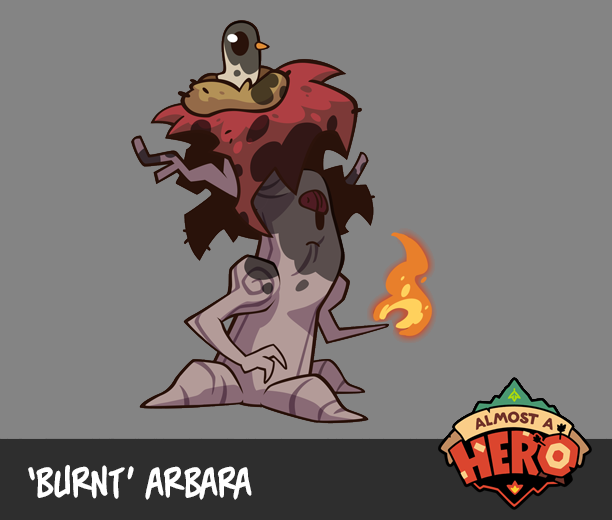 Hope you liked our small insight into the main design challenges for Almost a hero’s Fire Mage Tree!